Why Hearst and Pulitzer matter

Background: An immigrant from Hungary. Born in 1847. Emigrated to the U.S. in 1864.
After the Civil War, Pulitzer settled in St. Louis. He became state lawmaker and was obsessed with politics. He once fired a pistol at a captain who had called him a “damn liar.” For that, he was fined $100 for misconduct.
Pulitzer paid $3,000 for the bankrupt St. Louis Dispatch newspaper in the 1870s. He filled it with lively, crusading stories, discovering a new market.
Wanting a bigger audience, he moved to New York and revived the World newspaper in 1883.

He revamped headlines – from one-column headlines to banner headlines.
He created sports and women’s pages.
He put illustrations on the cover (new technology made it simple and cost effective).

I had a small paper which had been dead for years, and I was trying in every way I could think of to build up its circulation…What could I use for bait? A picture, of course. 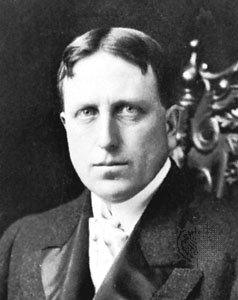 Background: Born in 1863. Son of self-made millionaire George Hearst.
While the younger Hearst was a student at Stanford, he asked his father to let him run a newspaper. He took over the San Francisco Examiner, which his father had acquired as payment for a gambling debt.
The world in California wasn’t big enough for Hearst and he, too, moved to New York.
He acquired the New York Journal, kicking off a circulation war with Pulitzer’s World newspaper. Like Pulitzer, Hearst also got into politics and was a state lawmaker.

History books accuse Hearst and Pulitzer of pushing the United States into a war with Spain over Cuba.

Explosion of the Maine

An American battleship, the Maine, exploded in Havana’s harbor in 1898, killing 260 crew members. Many New York newspapers asked for restraint and patience. Not the World or the Journal. Both published a supposed cable saying the explosion wasn’t an accident.
Later it was discovered that the cable was a fake. Pulitzer’s later correspondence suggested that the episode — his willingness to ignore the facts — haunted him for the rest of his life.
Hearst was also accused of sensationalism. When Cuba was fighting for independence from Spain, Hearst dispatched reporters to cover the story. At one point, one of Hearst’s illustrators told him all was quiet in Cuba, Hearst is said to have replied: “Please remain. You furnish the pictures and I’ll furnish the war.”

Hearst denied ever making the statement about furnishing the war. And some scholars now question just how big of a role the two publishers played in fueling the war.
But the famous Hearst quote lives on, making its most recent appearance in the 18th James Bond film, Tomorrow Never Dies.

His first wife, Millicent Veronica Wilson, at right, was said to be a 16-year-old prostitute (and/or show girl) when she first met Hearst.
The two split up in the mid-1920s.

By then, Hearst was living openly with Marion Davies, above, a chorus line girl he met when she was about 16.

Citizen Kane
Orson Welles’ 1941 film, Citizen Kane, was loosely based on Hearst’s life. Hearst tried to prevent the release of the movie, ranked No. 1 on the American Film Institute’s 100 greatest films of all time, according to Wikipedia.

Pulitzer was also a character

Pulitzer had poor eyesight, asthma and weak lungs. He was so sensitive to noise that a passageway to his sleeping quarters was built on rollers to lessen creaking.
On doctor’s orders, he went around the world on his yacht. He kept in touch by cable, keeping his communication confidential thanks to a codebook of 5,000 names and terms.
Pulitzer hosted two huge 60th birthday parties for himself – but didn’t show up
His lasting legacy was an endowment that funds the Pulitzer prizes, the highest award in journalism.

Before his death, Pulitzer spoke of the importance of boosting readership:

If a newspaper is to be of real service to the public, it must have a big circulation…because circulation means advertising, and advertising means money, and money means independence.