In 2005, the former American Society of Magazine Editors ranked the most important magazine covers published from 1965 to 2005. Below are the group’s top 10. 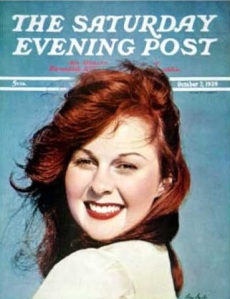 The Saturday Evening Post appeared in 1821. By 1825, 100 magazines were in operation, according to Baran’s Introduction to Mass Communication.
Other details from Chapter 5 of the textbook are below:
Fueling the growth of the magazine industry were cheaper printing costs, growing literacy and the spread of such social movements as labor reform and abolition.
Some writers became specialists in their field, a new concept at the time. Magazines targeted elites.
After the Civil War, mass-circulation magazines flourished. Among them: Ladies’ Home Journal and Good Housekeeping.
Magazines cost 35 cents each. In the 1870s, the cost dropped to as low as 10 cents.
Magazines were America’s first national mass medium. They helped bring about social changes.
During the so-called muckraking era, some magazines defended the poor, criticized the rich and investigated social and economic injustices. Muckraking journalists wrote about such topics as child labor, discrimination against African-Americans, unsafe food, labor violations, human rights abuses and corrupt politicians.

By 1945, more than 32 million families subscribed to at least one magazine. Magazines were “the television of their time,” Baran wrote.
The rise of television forever changed the magazine industry. Many mass-circulation magazines lost advertisers and went out of business.
Today, there are more than 20,000 magazines. Some 800 magazines dominate the industry, producing 75 percent of its revenues. See discount magazine subscriptions at Amazon.com – some magazines are selling for $5 per year.
Magazine expert Samir Husni:

Lately the pace of magazines announcing the folding of their ink on paper editions while continuing to publish on-line has increased. To those folks I have three words: YOU ARE DEAD. There is no ifs or buts about it. YOU ARE DEAD.
Any magazine, that existed in ink on paper, and cannot survive in its original medium is DEAD.

That drew this response from media consultant Bob Sacks:

Print will survive quite nicely, but it isn’t going to be the predominant way that people will read. In all likelihood print will be a coveted and expensive luxury item.
There is much life, vibrancy and tons of money to be made on the web. To suggest that it is the burial ground for print publishers is totally off base. As I have said before, it is the first inning of a double header and there is only one out.