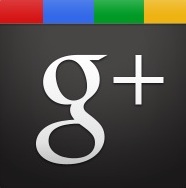 Google Plus was opened to everyone this week after a 12-week trial period. The social networking platform, with its hangouts, circles and instant uploads, hopes to challenge Facebook, which has more than 750 million active users.
It’s too early to say how things will shake out, but already Google Plus has 25 million members.
Google Plus is the fastest growing social network of its kind, according to Susan Mayes Ostrander, head of social media at the Daily Muse. It is yet another way for people to spread their digital footprint across the Internet.
Media experts say students who want jobs in communication fields should start building their digital footprint while still in school.

If you want to tell me you’re good, you’re better than all the rest, then say something about what you have accomplished. Won any awards? Published a three-part series? Worked on a team with reporters, data journalists, graphics people, to produce a complex story package?
Show me that you have:

Atlanta journalist Clay Duda, a 2010 j-school grad, writes: “My biggest regret is letting graduation sneak up on me as quick as it did.”
Getting a job wasn’t easy, he says. But he did it and works as at the Center for Sustainable Jouranlism. He also built a website – ClayDuda.com – to promote his work.

McAdams recommends that college students start reading job wanted ads as early as their freshman year, not when they are in their final semester. Websites to check: