Today in Intro to Media class, we’re going to talk about ways in which the Internet will likely transform our lives in the future. We’ll also discuss virtual reality and what we’re not doing because we’re online all the time.

The Pew Research Center in March released a report called Digital Life in 2025. The report predicts both positive and negative impacts of the Internet on our lives. Below are some of the scenarios, taken verbatim from the report:
More hopeful view:

Below are links related to virtual reality.

Institute for Creative Technology at the University of Southern California 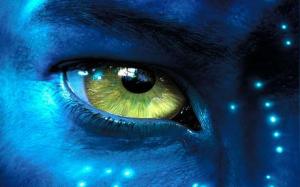 Researchers Jim Blascovich and Jeremy Bailenson say 3-D conferences with avatars will likely be available by 2016.

According to the New York Times, recent innovations making this possible include:

In 3-D conferences, your computer-generated avatar would look three-dimensional.
You could program your avatar to make you look awake and alert even when you are at home sleeping.
Or, the New York Times said in April 2011,:

…you could conceivably create an avatar with a face partially morphed with that of anyone in the room that you wanted to impress. In face, you could customize it so that each person saw a face containing some of his or her own features. That would presumably make you more popular with your colleagues or clients…

Below is an excerpt from the book Infinite Reality, by Jim Blascovich and Jeremy Bailenson:
The brain often fails to differentiate between virtual experiences and real ones. The patterns of neurons that fire when one watches a three-dimensional digital re-creation of a supermodel, such as Giselle or Fabio, are very similar—if not identical—to those that fire in the actual presence of the models. Walking a tightrope over a chasm in virtual reality can be a terrifying ordeal even if the walker knows it’s virtual rather than physical.

People interact via digital stimuli more and more. According to a recent study by the Kaiser Family Foundation, kids spend eight hours per day on average outside of the classroom using digital media. This translates to billions of hours per week. People interact with virtual representations in just about every facet of life—business transactions, learning, dating, entertainment, even sexual relationships.

Online dating, which used to be somewhat stigmatizing, is now normative. Young adults consider their Facebook friends just as important as the people who live close enough to meet physically.
In the world of online games and virtual worlds, millions of players spend over twenty hours each week “wearing” avatars, digital representations of themselves. Strikingly, the average age of these players is not fifteen but twenty-six. Household “console” video arenas, especially games, in which people control and occupy avatars, consume more hours per day for kids than movies and print media combined.
To borrow a term from the new vernacular, virtual experiences are spreading virally.
Although we aren’t yet “jacking in” to the virtual world via a plug in the back of our head, as Neo did in The Matrix, digital media are providing more realistic experiences and not just for humans.
Ten years ago, most household pets ignored television. Today, high-definition television transfixes, thrills, and sometimes enrages dogs and cats as they watch the fare on the Animal Planet network. They simply do not differentiate the digital image from reality.
We sit on the cusp of a new world fraught with astonishing possibility, potential, and peril as people shift from face-to-face to virtual interaction. If by “virtual” one means “online,” then nearly a third of the world’s population is doing so already. More than 300 million Web sites and numerous online applications, including e-mail, chat rooms, video conferencing, computer games, and social networking, keep over a quarter of the world’s nearly 7 billion humans busy—in some cases, obsessively—interacting virtually.
We are at the early stages of a dramatic shift in “cyber-existence”—think of it as the difference between 2-D and 3-D, between the merely interactive and the fully immersive.