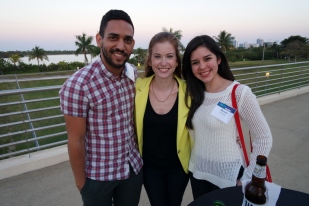 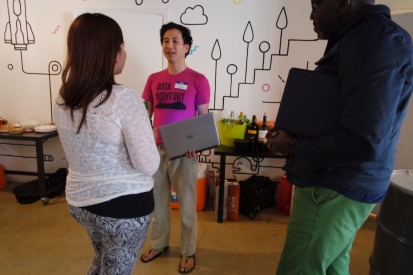 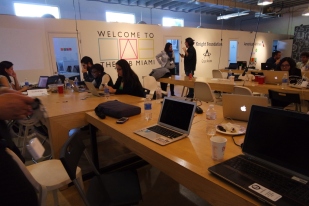 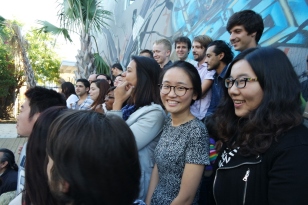 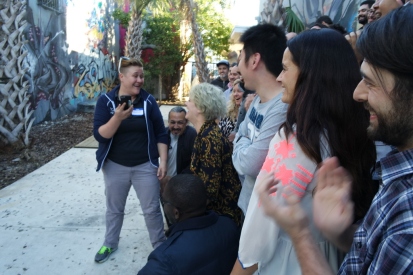 Earlier this month, I went to Miami for a two-day event featuring panels on media innovation and hands-on workshops with leaders in U.S. and Latin American media.
Hacks/Hackers Miami and the Florida International University’s School of Journalism and Mass Communication sponsored the event, called Media Party Miami.
During a panel on the first day, someone asked whether students ought to consider a career in journalism. Howard Saltz, editor of the South Florida Sun Sentinel, said:

This is the best time in history for journalism. Nothing even compares. But it’s the worst time to get paid for it. The economic model that has worked for 100 years does not work. It’s a risky time.

Saltz said while he doesn’t want to discourage anyone from getting into journalism, “It might not be a bad idea to have something to fall back on.”
Mindy Marquéz, editor of the Miami Herald, said she believes it’s “a great time” to get into journalism. There has been “an explosion in media,” she said.
She conceded that the profession doesn’t always pay well, but said most people don’t get into journalism for the money.
Journalism “is like a calling,” Marquéz said.
“The definition of who a journalist is is changing,” said Patrick Butler, vice president/programs for the International Center for Journalists.
Many young journalists “are used to expressing their opinion” and blogging, he said. “They have different standards of what it means to be a journalist.”
And that, he said, can get some journalists into trouble – it can provoke violence from people who disagree with them.
There were many interesting speakers, including Trei Brundrett, chief product officer for Vox Media; Marcus Brauchli of North Base Media; Mariana Santos, a John S. Knight Journalism fellow at Stanford University; Mariano Blejman, founder of HackLabs; and Jennifer Preston, vice president for journalism at the Knight Foundation.
Day 2 of the event featured hands-on workshops. In the morning, I learned about webmaking from Rachel Schallom, interactive editor of the Sun Sentinel (She built the website for Plundering America: The Cuban Criminal Pipeline, a project I helped report). In the afternoon, I learned about Tableau from Andrew Cheung.
Media Party Miami was well worth it. I wish I could have gone to more of the workshops, but time ran out. Some of the projects we worked on are here.