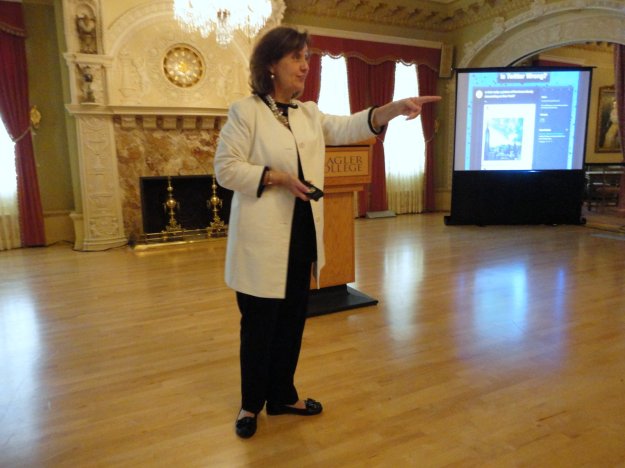 Twitter has become a vital tool for many journalists, especially those who cover government, the New York Times first social media editor told an audience Tuesday at Flagler College in St. Augustine.
“Official sources on Twitter have just exploded in the past two years,” said Jennifer Preston, who was in town as part of the college’s Forum on Government and Public Policy series.
Preston advises journalists to follow both the official and personal Twitter stream of their key sources. END_OF_DOCUMENT_TOKEN_TO_BE_REPLACED